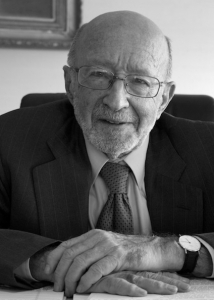 In Memory Of Stanley S. Arkin

Stanley S. Arkin, who sadly passed away on January 2, 2023, was Co-Founder of the firm, serving as Senior Partner since its inception.  Stanley specialized in the defense of business crime cases and was long regarded as one of the country’s leading trial and appellate advocates.  He was also renown for his ability to commercially resolve all manner of unique disputes while avoiding litigation, particularly those calling for the most sensitive and artful solutions,  Among the cases in which Mr. Arkin acted as lead trial counsel is Chiarella v. United States, 455 U.S. 222 (1980), the first-ever federal criminal prosecution for insider trading.  Mr. Arkin further obtained the sole acquittal in the well-known “Yuppie Five” prosecution.  In another landmark case, Mr. Arkin challenged the government’s effort to back out of a favorably negotiated settlement with the former head of a trading desk at a major investment bank, securing the court-ordered enforcement of his plea agreement with federal prosecutors.

Stanley obtained his law degree from Harvard, with honors, in 1962.  He was a Fellow of the American College of Trial Lawyers and a former adjunct professor at New York University Law School.  He authored numerous articles and regularly wrote a column for the New York Law Journal on the topic of business crime. He is the lead author of Business Crime, a six-volume definitive text (Matthew Bender, 1981), and of The Prevention and Prosecution of Computer and High Technology Crime (Matthew Bender, 1988). From 1971-1972, Mr. Arkin served as the Special Prosecutor in Connection with 1970 Prison Riots for the New York City Department of Corrections.

Stanley also co-founded and served as Chairman of The Arkin Group, a private intelligence agency with domestic and international capacity for the access and collection of information and to effect operational ends. He was a member of the Council on Foreign Relations, and has served on or chaired numerous committees in other professional organizations, such as the American College of Trial Lawyers, the Judicial Conference of the State of New York, the Association of the Bar of the City of New York, the American Bar Association, the New York State Bar Association, and the New York County Lawyers Association.

Stanley’s skilled advocacy and result-oriented negotiating skills were unmatched.  He was a true confidant and mentor to so many, who benefitted from his intelligence, compassion and common sense.  Stanley was pre-deceased by his wife of 55 years, Suzanne, and is survived by his three sons, Zander, Adam and Tony, as well as his long-time and devoted assistant Kelly Maglio.  We share in the loss of all of those who loved and respected Stanley, and we will miss him tremendously.